Buckwheat Honey is One of Grand Distinction!

The reputation of buckwheat honey has been established from a long history in American agriculture of days gone past.

This bold honey is distinct in three major ways that hold fast to the typical color and flavor balance you expect in honey, unlike basswood honey...

Buckwheat was a popular and important crop in past American agriculture from about 1930 to the 1960's. It was popular at the time for very important reasons for early farmers...

Over the years the use of nitrogen fertilizer began to become a preferred farming method to which other crops like corn and wheat responded strongly and became more dependable crops than they had been in the past. Buckwheat yield, on the other hand, actually declined with too much nitrogen. This nitrogen fertilizer trend began to erode buckwheat popularity as an agriculture crop in the USA and production acres declined from a peak of over one million acres planted in 1918 to about fifty thousand in 1964.

Buckwheat honey was in great supply when this crop was common for farmers and it provided a very important nectar source for beekeepers. Many times supply exceeded demand for this honey.

Buckwheat honey also has higher levels of anti-oxidants and like blueberry honey has demonstrated antibacterial properties in research, making it a healthy choice as well as a bold one.

Today this honey is so uncommon and so distinct it may command a higher price than almost any other honey!

WHIZZ NOTE:  Buckwheat honey will be thick, dark, and strong in ways no other nectar source can supply! 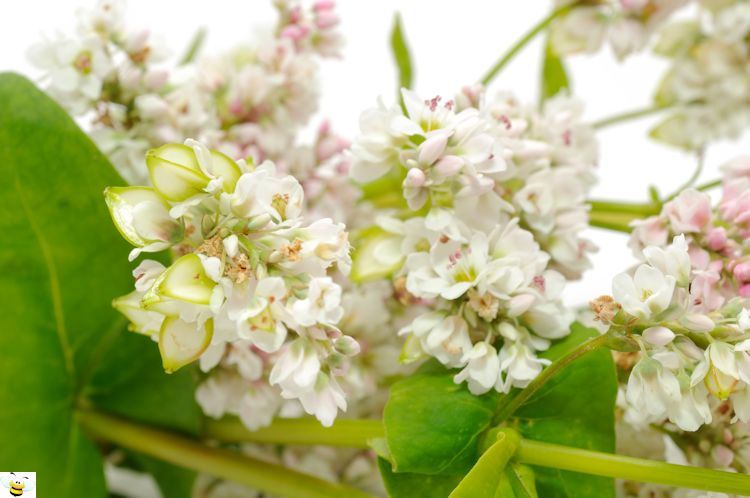 Buckwheat is a short season crop that is flexible to planting times. It may be planted early or late and still produce a crop. This plant does well on low-fertility or acidic soils and will actually perform poorly if soil is too fertile.

Buckwheat is not a grass but is related to sorrel and knotweed. Plants grow quickly up to thirty or fifty inches tall and suppressing any surrounding weeds. They begin setting seed in about six weeks ripening for harvest in about ten to eleven weeks.

Small clusters of white to pink blossoms emerge along the stem as the plant grows and begin to appear within weeks of planting. The timing of the bloom cycle is completely dependent on the time of planting so buckwheat can be a source of nectar as early as June and July to as late as September. Later plantings of buckwheat can prove to be a valuable late season source of nectar flow for the honey bees and their beekeeper.

Buckwheat varieties can be found all around the world and they thrive in many climates, soil types, and weather conditions.

In North America this crop once was commonly grown from Eastern Canada and New England states and west to Wisconsin. Today buckwheat honey is produced in smaller available quantities in many states including Ohio and Pennsylvania.

As mentioned earlier... buckwheat once was one of the beekeepers’ greatest sources of nectar and supply of buckwheat honey typically exceeded demand.

Today buckwheat honey has good potential with higher demand and lower supply. This thick, dark, strong flavored honey is so distinct that it is unpleasant to some but highly favored by others.

The buckwheat nectar flow is best with supportive weather. Moist climates with clear, still days and cool nights are ideal to maximize nectar flow providing for one acre to support a hive of honey bees and supply nectar for up to 150lbs of honey in a season.

It is not uncommon for a strong colony to harvest up to 10lbs of honey per day from buckwheat. Interestingly, most of this harvesting is done during the morning hours when the nectar is flowing. In the afternoon, buckwheat flowers will typically not yield nectar causing the bees to be agitated and respond more aggressively if the beekeeper visits the hive in the late afternoon.

Buckwheat is a good pollen producer and may produce a surplus for the beekeeper to harvest. This pollen will tend to be light yellow to light green. 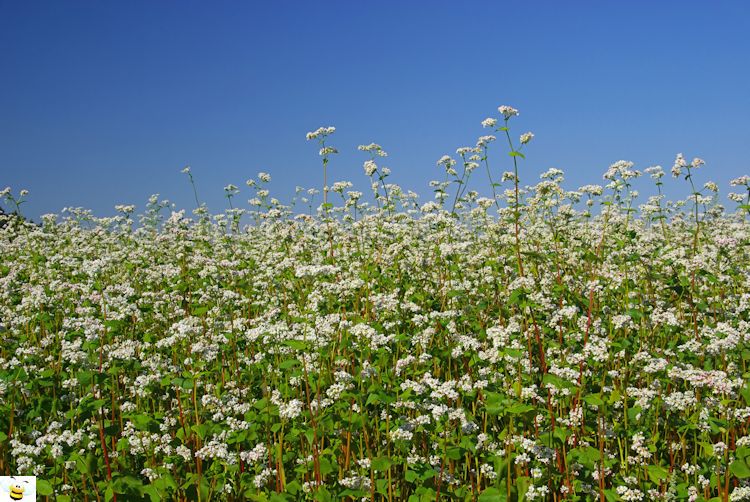 Buckwheat honey is so distinct in flavor, texture, and color... you may decide you do not like it.

None the less, it has become loved by many people and is favored for sauces and baking. In addition, it has higher levels of health benefits than most other honeys! 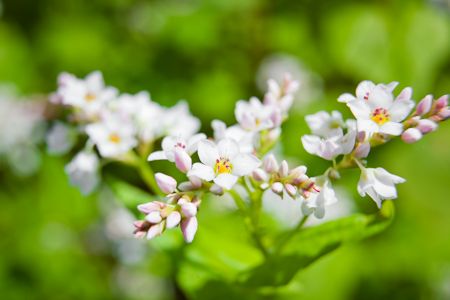 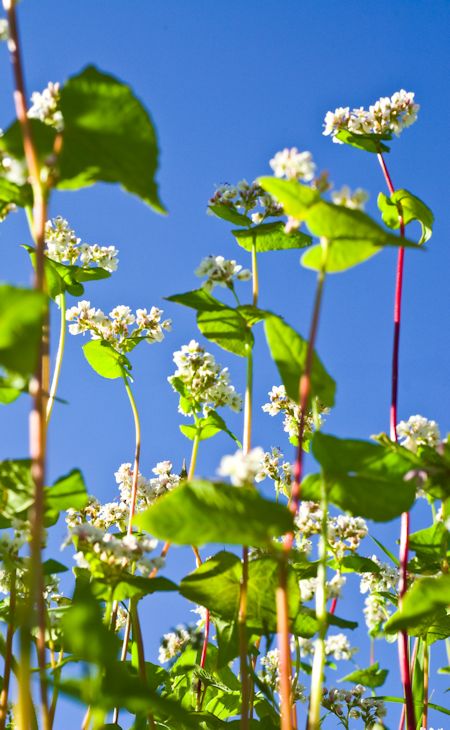 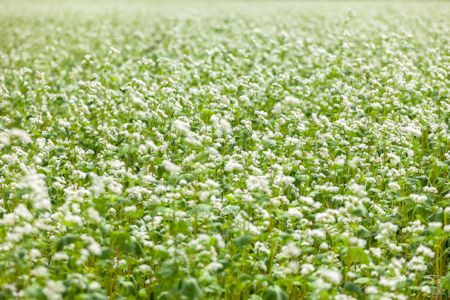