There are widely varying opinions... about goldenrod honey across the country. Things like flavor, color, smell, and nectar flow are not always equal due to a number of reasons including:

The one thing that we can usually all agree on... is that when the goldenrod honey is ripening or curing in the hive it will have an especially strong odor that is unpleasant. This odor will subside as the season and honey matures. The smell will be much less by the time you harvest it and will disappear with age. The unpleasant odor never really causes an unpleasant flavor component to this honey.

WHIZZ NOTE:  Yes... for sure! I always know when the field bees start bringing in goldenrod nectar because of the smell. The flavor is always awesome though and this late season nectar source is important for winter food supplies... I’ll take it!

Flavor... has a bold floral base with a uniquely pungent spicy component. Very exclusive!

Color... is varying depending on numerous conditions. It can be very light but is more commonly dark golden amber.

Storage... is average among honeys. Honey may crystallize slightly faster than average but this also will vary and may be due MORE to the influence of other nectar sources. 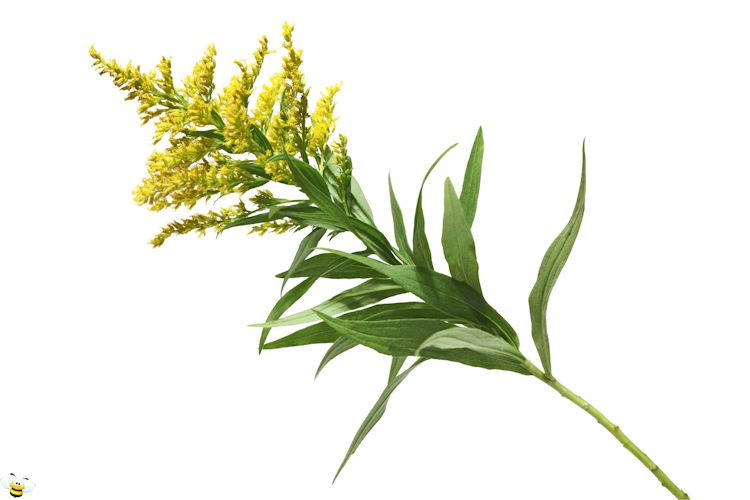 Goldenrod is a beautiful herb that can be found growing wild in the ditches, roadways, and grasslands all across North America. It enjoys full sun but may be found in partial shade.

Common species will have erect branching stems from a main lower stock. Leaves vary greatly between species and may be found with wide to narrow width oval shapes, some are hairy others are not, some loose leaves when blooming others do not. The nature of this plant is quite diverse.

One thing is quite common among species though... the bright golden yellow flower heads that bloom in late summer. This one feature is the reason species can be difficult to distinguish. Each branching stem may produce a flower head with sixty flowers or more. Beautiful!

Goldenrod will begin blooming around the first of August in the north but a little later in the south. Your honey bees will enjoy a long blooming period of about 25 days or until frost kills the flowers, about mid-September. Some species in the south will continue blooming and providing nectar through November.

Goldenrod is a great honey plant in North America although it is considered a weed that can grow anywhere and in some cases it can be invasive. You will find honey made from this nectar in certain regions all across the continent... some areas yielding better than others.

You will also find this honey available in Europe. In general, goldenrod has a better reputation as a common and respected garden flower. Although even in Europe... certain species of goldenrod have become invasive enough to be considered a weed.

Honey production seems to vary widely... and can be effected by dry weather early in the development of flower buds even if there is adequate moisture when the flowers are actually blooming.

Your honey bees will nearly always harvest something from this great honey plant but it may not be enough to supply them a winter store of food and provide you with surplus to share. You will be able to harvest something though... in most cases.

Goldenrod honey has some popularity among those who include local honeys in their regular diet as a way to battle allergies. Eating local raw honey introduces small amounts of local pollen's into your system and gives your body a chance to build a tolerance to the pollen allergen.

Sometimes it is goldenrod that is blamed for causing allergies but it is more likely the ragweed that will be blooming at the same time. Goldenrod is mostly proven innocent because of the large size of its pollen granules. The pollen granules are so large that many times they are difficult for the honey bee to carry. These pollen granules will not stay suspended in the air long and are probably not getting blown about causing allergy problems.

Regardless whether the culprit is goldenrod or ragweed... goldenrod honey will carry traces of both because the honey bees will work both sources to gather nectar and using some as part of your regular diet will give your body a chance to build a tolerance to these allergens. 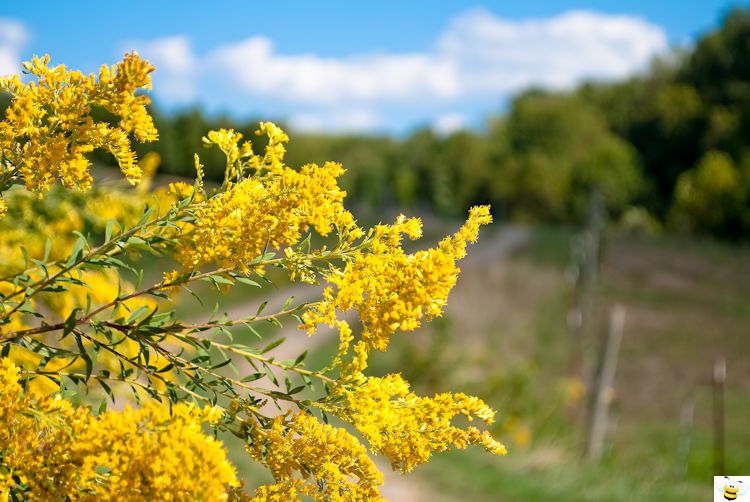 No matter how you decide to use it... do have fun with this unique honey of bold qualities!

The flavor of goldenrod honey will complement tea and has become a favorite for some in the kitchen for cooking.

It also has a solid following in the mead making community with several positive points. One being that it attenuates down well and another being that it seems to impart a unique buttery flavor that can be adjusted in intensity by mixing at different ratios with other honeys that have lighter flavor notes. Cheers! 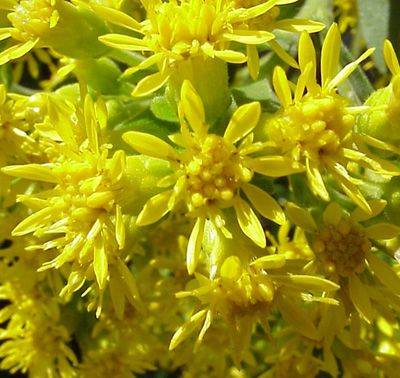 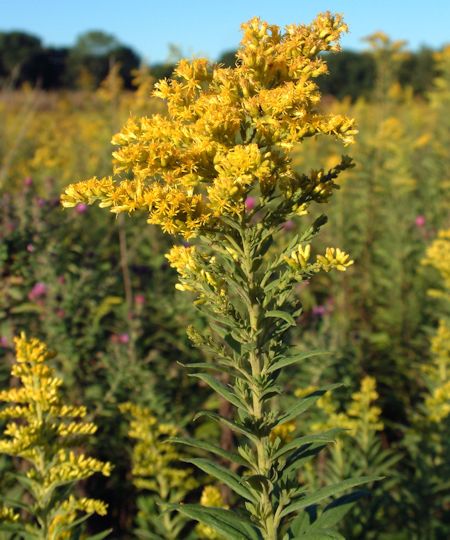 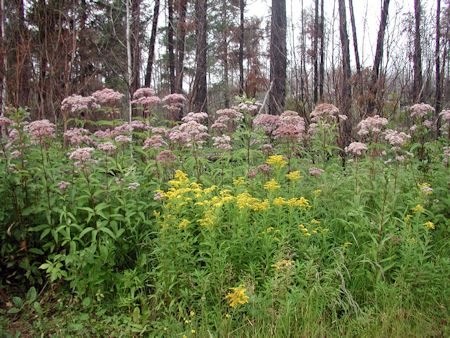