Apple Honey Will Leave You Hungry
for More...

Apple Honey is generally well liked by most people that have the opportunity to sample this sweet treat that the honey bees make from apple blossom nectar. The demand is usually high and you may be left hungry for more!

You may wonder why there seems to be a short supply of honey made from the apple blossom. After all, the USA has been the second leading producer of the worlds’ apple supply for many years.

Thousands of acres of apples, millions of springtime flowers, and so little honey…what’s up?

Well…fruit trees including apple bloom very early in the spring season. Honey bees are just getting built up again after the winter. They are consuming most of what they are making to rear brood and increase the population of the hive for a busy summer.

An "over-wintering" beekeeper will be hard pressed to take honey from the hive during this time of the year.

WHIZZ NOTE: Apple blossom honey has become a honey of choice for many people, if you can find it. I know I love it! You may find it at your local farmers market.

Flavor… is light and fine, some people sense a hint of apple in the aroma.

Storage… This honey tends to granulate quicker than average. 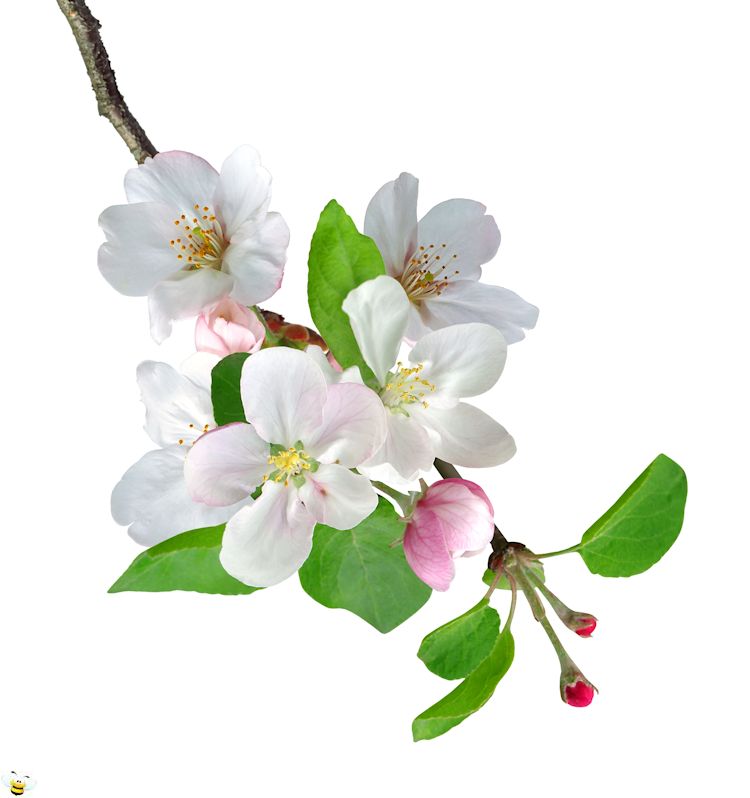 The apple tree has been cultivated for thousands of years and there are thousands of known varieties grown for fruit to use in cooking, eating fresh, and cider.

This tree will grow to a height between four to forty feet tall depending on the variety. Leaves are oval coming to a pointed tip and attached with a relatively long stem.

The apple tree may be found growing in the wild but apple trees in general are susceptible to various fungal, bacterial, and pest problems. Trees growing without some amount of regular care may decline in health rapidly.

Apple blossoms emerge early in the spring at the same time the first leaves are budding. This typically happens between March and June depending on variety and location. Blossoms are usually found in groups along the stem with a single flower having five petals, each petal is typically white with a pink tinges.

Apples are found worldwide with the China and the United States being primary suppliers of the world market. The United Kingdom has been known to be a world source for apple honey but your best source will probably be what you can find locally.

You will find local apple orchards in many states across North America with Washington State at the top of the production list. Washington State produces nearly sixty percent of all commercially sold apples grown in the USA.

As mentioned earlier…apple honey tends to be fairly unavailable as a monofloral honey. This is not a reflection on the apple trees’ ability to produce nectar. Apple orchards can provide potential of 75 lbs per hive if careful planning has been done by the beekeeper and weather conditions are supportive.

The early bloom cycle of the apple tree results in the honey bees typically using this nectar flow to rear brood and grow in population... preparing for later spring and early summer nectar flows from other honey plants.

It is common for a bee keeper to refrain from harvesting honey this early and the apple honey may be harvested later in the season as a mix with other nectar sources.

If you want to harvest true monofloral apple blossom honey a beekeeper can plan ahead to be better prepared for this nectar flow...

Apples must cross-pollinate with other apple trees to develop fruit. Honey bees or orchard mason bees are commonly used in orchards as pollen carriers.

When honeybees are used as pollinators they should be used at a high population of bees per acre to provide the best pollination services. The result is that with so many honeybees in the same area they will not produce a significant amount of nectar per hive. This is a decision the beekeeper must make, determining which source of value is most important…pollination service or honey production.

The apple tree is a very good source of pollen for the hive and may provide a source of surplus for the beekeeper to harvest. Apple pollen will vary in color by apple variety and can be yellow-white to light olive. 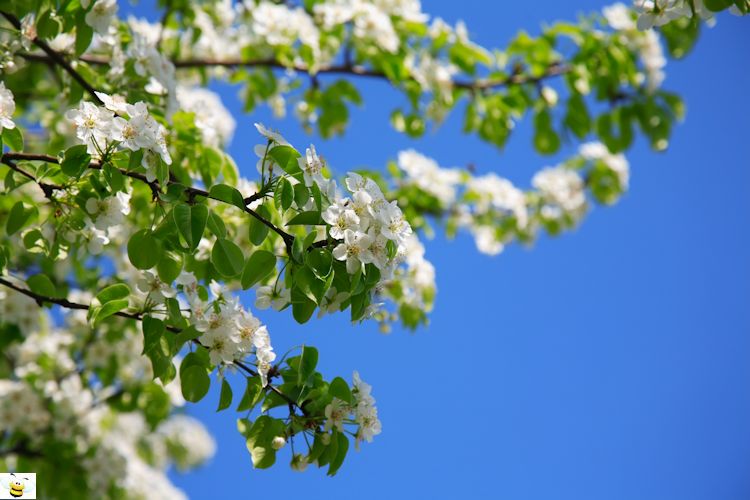 This will likely be a honey crop that a beekeeper will harvest in spring seasons when conditions with the hives' strength are ideal; it will probably be available locally and will probably go fast! If you find true monofloral apple honey in your area…get some and enjoy it while you can. 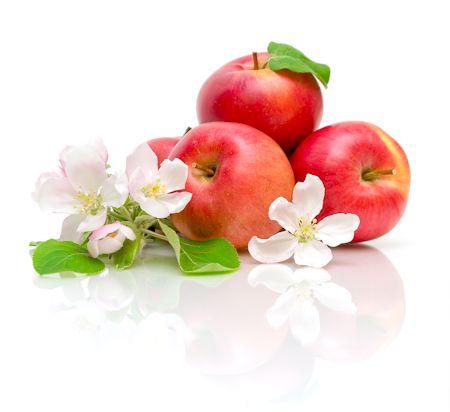