Honey bees collecting nectar for alfalfa honey are faced with a special challenge. The alfalfa flower has a unique pollination mechanism that trips and hits the visiting bee!

Whizz and the other field bees cleverly figure out how to reach the nectar in the alfalfa flower without tripping this part of the flower. The result is twofold... First, honey bees are not extremely effective at pollinating the alfalfa plant. Second, as a result of being so careful not to get hit, there is also likely less pollen that gets introduced into the nectar helping to keep the alfalfa honey light and mild.

WHIZZ NOTE: Believe me...alfalfa honey is well worth a little battle with the flower to acquire it! Try some to see for yourself.

Flavor...is mild with no aftertaste to speak of making this honey simple and sweet.

Storage...can be a bit of a challenge. Lower moisture and higher dextrose and sucrose content than average cause this honey to granulate slightly quicker than average. Still stays liquid for many weeks and makes a good table honey. Even granulated this honey is still good and can be gently rewarmed to liquid! 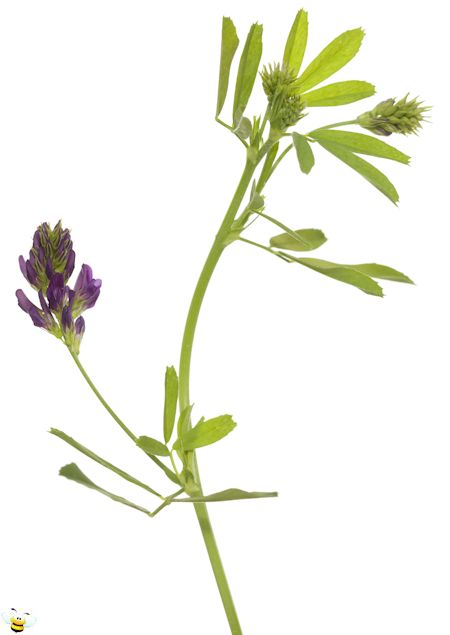 The alfalfa plant is a legume with small yellow, purple, or blue flowers up and down the stem.

The plant can grow to a height of three feet and has a deeply penetrating root system that can extend more than ten feet into the ground.  This gives it access to water that other shallow rooted plants can’t reach. It will live for four to eight years or more.

Alfalfa grows in warmer temperate climates and is thought to have originated in Iran.  It is typically grown for seed and as a farm crop to provide food for livestock. As a result it is found in many Midwestern and Western states in North America.

The small blue and purple flowers cresting a field of alfalfa is a common sight in the Midwest. The flowers may start to appear in June or July and continue into August or September. When the plant is cut for making hay it will regrow and set on flowers again providing a fresh burst of flowers and nectar many times every season.

Alfalfa honey can be produced in many locations around the world. Anywhere a temperate climate is found. It can be found all across North America but especially in the western states. Alfalfa is considered by many to be the most important honey plant in Utah, Nevada, Idaho, and Oregon.

If it is being grown for hay it may be cut three to six times in one summer, providing a prime nectar flow every time the plant regrows and initially sets flowers. The potential problem in this case is that the quality of hay produced is best just before the plant starts to bloom and if the farmer is not delayed by weather or other more pressing farm matters, he may cut the alfalfa before it provides much benefit to the honey bees.

Honey produced can range greatly. If weather is dry or the hay is cut early in the bloom cycle a beekeeper may realize far less than 50 lbs per hive. If the weather conditions are good or with a longer available bloom cycle then production can be from 100-200 lbs per hive!

As mentioned earlier, honey bees are not ideal for providing the pollination service that the alfalfa plant requires to produce seed; even though they are many times used for just that purpose. The alfalfa leaf cutter bee is used for pollination purposes with better success.

If you are going to use honey bees for pollinating alfalfa you have to keep the bee population high and rotate often with fresh bees if possible. This high population of new bees still learning how to avoid getting smacked with the flower provides some success at pollination service.

Alfalfa pollen is khaki in color and in spite of the tripping mechanism on the flower honey bees still seem to successfully collect some pollen from this plant making it an average pollen source for the honey bees’ food supply. 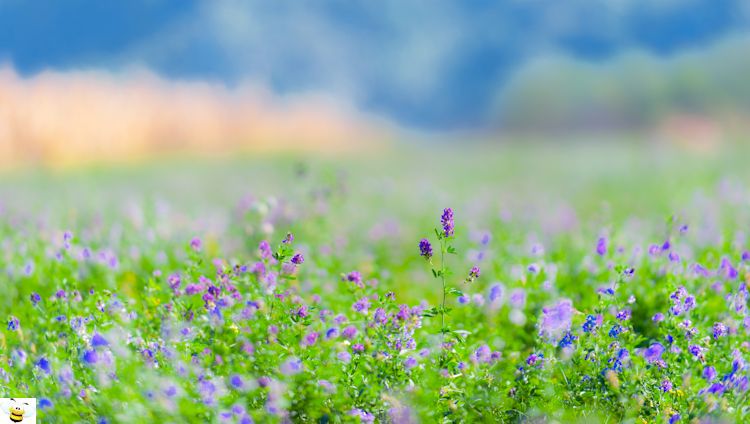 All in all…this plant can be one of the better sources of nectar throughout the Midwest and western states. Alfalfa honey is a wonderful product to have on your kitchen table for sweetening teas, cereal, or toast as well as many other things! 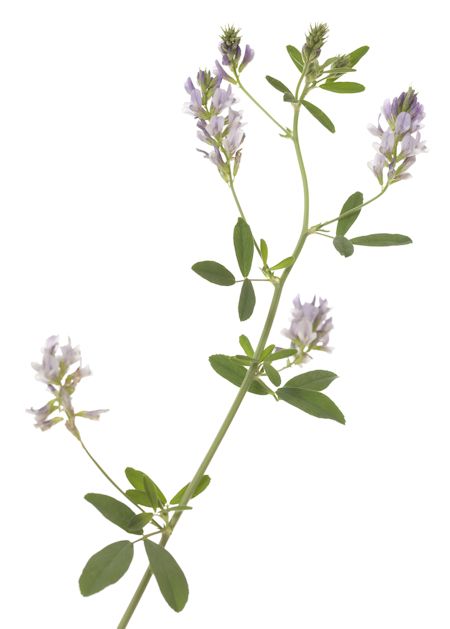 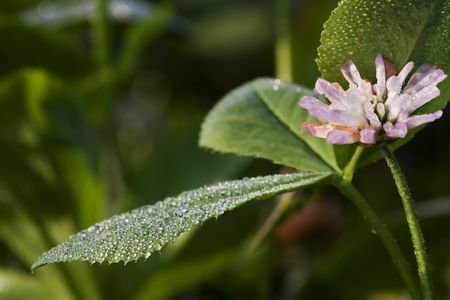